One of the favorite moves of any racecar driver is just showing the nose to force the driver in front into a mistake. Learn how to perform this technique correctly for maximum affect here.

There is a big difference between fast drivers and race-winning drivers.  Winning a race takes so much more than just the ability to put in fast laps.  In our racecraft lessons series, we will be breaking down all the small things that help form a race winning driver.  No matter if you are racing in SCCA, NASA or any other type of club racing we hope this article will help you!

The hard thing about coaching racecraft is that every single situation is unique.  There is typically one “fast line” through a corner, but there is no one way to defend or overtake on the race track.  So, we like to highlight different techniques that we often see that will hopefully start building your racecraft awareness.

If you are looking for the best way to learn racecraft our Full Race Analysis service is incredibly powerful.  Here our pro coaches will watch your race video and give you a personalized coaching video on ways you can specifically improve.  Learn more about that here.

Today we are going to talk about an overtaking technique, well to be more exact, an intimidation technique that we often see.  The art of driving slightly off line coming to a braking zone to make sure the driver of the car in front can see your car, and hopefully cause them to make a mistake. 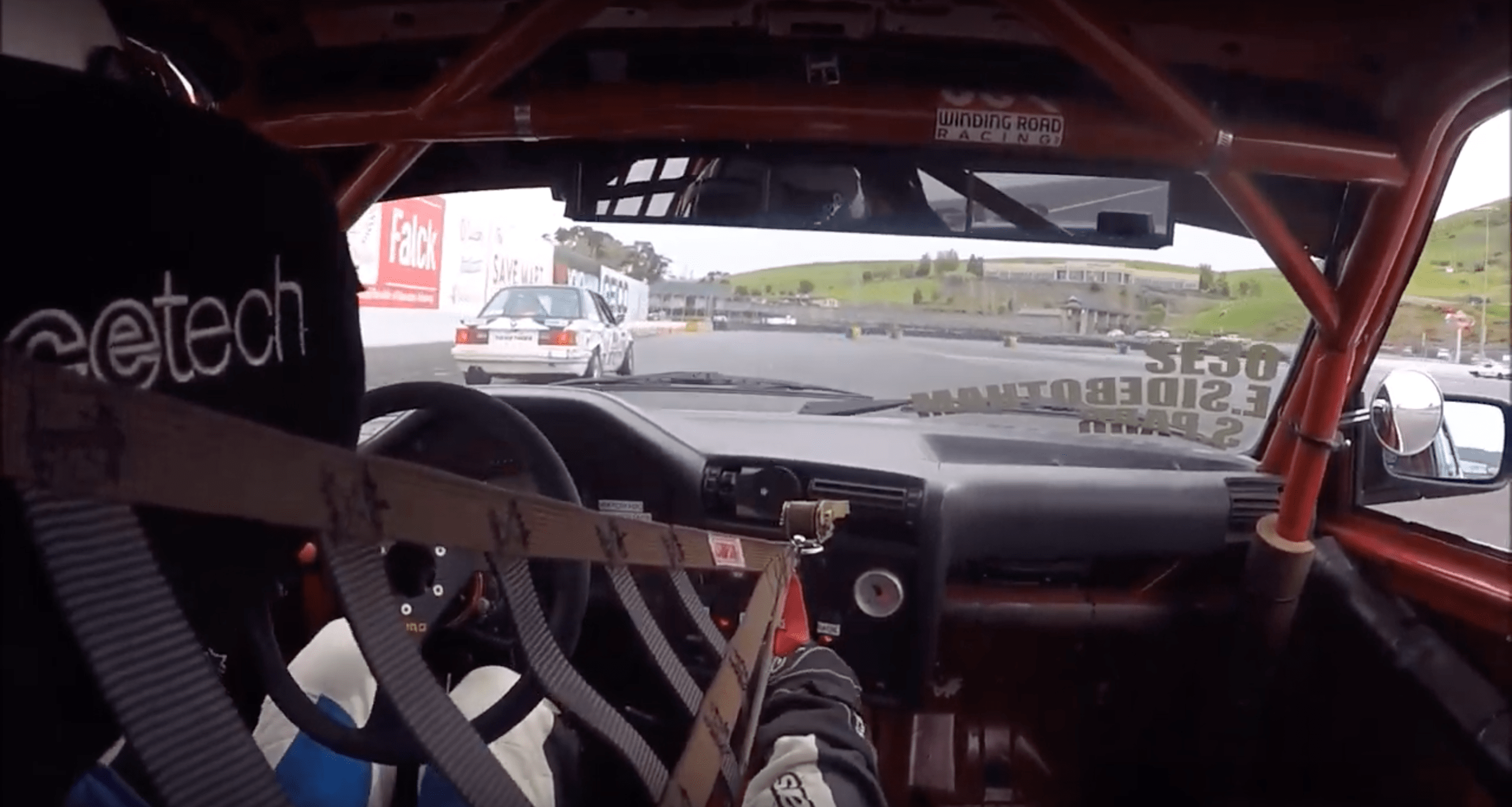 Let’s take a look at this image.  We can see here the car behind has offset themselves to make sure the car in front can see them and I think we can all agree that unless the car in front is seriously off speed they are too far back at this stage to make the pass.

So at this stage, the driver has done a perfect job just showing their nose to hopefully distract the driver in front.  But, the choices a driver has next is where we see the majority of mistakes. Our driver really has three choices now:

Well… What is the right answer?

We already said we believe the driver is too far back to have a high percentage overtaking move.  So, between 1 and 3 there is a clear answer. It is the first answer! But, let’s breakdown what is wrong with option #3.

The biggest issue with the third answer is how indecisive it is.  Being decisive is one of the most vital steps to learning great racecraft.  A key point to this is decisiveness does not mean aggressive. If our driver was to just continue to brake down the inside here without really going for a pass it will lead into neither driver knowing what the other is going to do, which is a negative in this instance.

The next thing wrong is the third step is it just slows down the driver trying to overtake.  You have done the hard work to try and get close to the car in front and now you make your life even more difficult on yourself.

If the driver just drives down the inside here they will tighten the radius of the corner in front of them.  This will mean they have to slow down more than usual to make the apex and they will lose time. So, they are giving the car in front an even bigger advantage by driving off the racing line.

What Did Our Racecar Driver Do?

You can see almost everything we listed with what would happen in step 3 happened.  The driver in front had to check up a little bit as they were unsure what the car inside was doing.  They then went two wide and both go slowed up, but no pass was able to happen. So, if there were more cars in front both drivers would be losing out more than they should have.

What Should Our Driver Do In This Situation?

The point of trying to show our nose early on in the braking zone is to try and get the driver in front make a mistake.  Most of the time we know if we are actually going for an overtake or if we are just trying to look intimidating, we should not lose sight of what our objective is.

In the first image, our driver is in a perfect position.  The car in front is most likely looking in the mirror, but as soon as they started to approach the turn in point we would have liked to see them slowly slide back onto the normal racing line.